Find the Medicare Plan That’s Right for You

Filling out this information is voluntary. By submitting this information on this form you may be contacted by a sales representative by email or phone to discuss Medicare Advantage Plans, Prescription Drug Plans and Medicare Supplement Insurance. By calling the number above you will be directed to a licensed insurance agent.

Omaha Insurance Solutions will keep you connected on healthcare issues that matter to you. 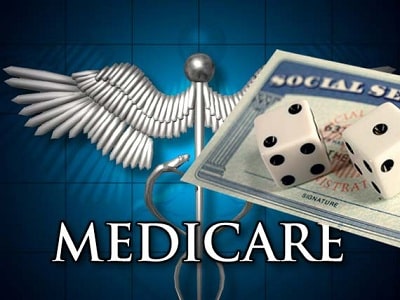 The leading cause of bankruptcies in the U.S. are medical bills. Coupled with the headlines “Medicare Going Bankrupt,” the question is: whose going bankrupt first?  Health care and Medicare have been in the news and will be even more so as the political season kicks into high gear. Don’t let Medicare’s budget problems became yours.

The headlines that state “Medicare Going Bankrupt” are not accurate. Medicare is divided into three parts: A, B, & D. Medicare Part B, which covers doctors and outpatient procedures, is covered by participants’ premiums and general revenues from the government budget. Medicare Part D, which covers drugs, is the same. They can never run out of money. Medicare Part A covers hospital expenses. Payroll taxes finance Part A. The Government Accountability Office report says that Part A will not be able to pay 100% of its bills by 2030 at present estimates. It will only be able to pay 86% of expenses which is a problem that can be easily solved in a couple of ways. Medicare going bankrupt is the wrong issue.

Medicare costs will go up in the future, like all health care costs.   The bottom line is you will be effected by what the government does or doesn’t do about Medicare. More of the cost for your health coverage will be placed in your lap, so it becomes even more important that you have the most efficient supplement to your Medicare. You need to manage your health care costs more efficiently, even if government doesn’t.

Don’t be a victim who is at the mercy of Congress or Medicare. Find the best coverage at the price you can afford before you are forced to search. Protect yourself from future Medicare benefit reductions with a more efficient supplement—one that covers those co-pays, deductibles, coinsurance but at a lower premium.  FREE Quote 402-614-3389.